This is where you’ll see everything that’s on locally, including weekly classes at the hall, pub nights, and any other upcoming events. 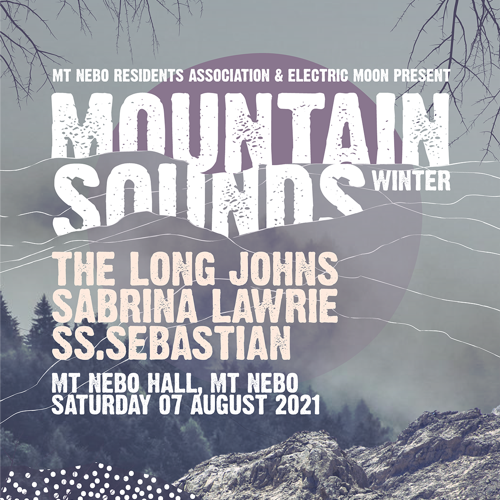 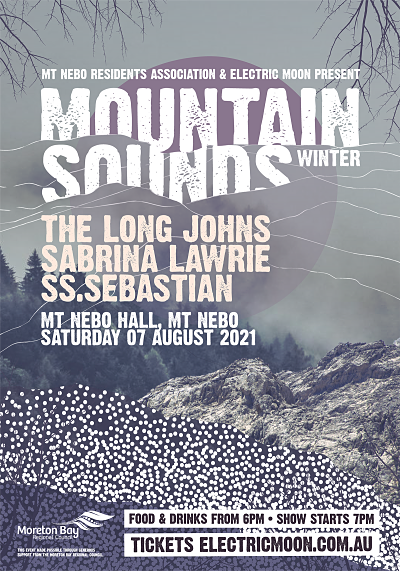 Enjoy dinner and drinks on sale from 6PM, show starts from 7PM.

General admission, venue set at limited capacity. All seats are non-reserved, at tables of 4.

This event has been made possible through generous support from the Moreton Bay Regional Council.

THE LONG JOHNS are the twang of the banjo, the rumble of the sousaphone and the ring of the spittoon, the creak of the door, the crow of the rooster, the stomping of floorboards and the hammering of the chain gang. A four piece possé, The Long Johns come together to play spooky country with that old timey swing, peppered with the spiciest of flavours to deliver songs of hope, loss and hauntings. Featuring a line up of banjos, sousaphone, national guitar and the pots and pans, The Long Johns are Sian Evans, Steve Buchanan, Skritch and Paul Watson preparing a tincture of dark country and barnyard bangers. Like the cure-all tonics of old, The Long Johns are good for what ails you.

SABRINA LAWRIE is a singer/songwriter, multi-instrumentalist, producer, visual artist and designer. Her live show has been described as ‘spirit rock’, with her powerhouse vocals and blues rock guitar skills a trademark. Sabrina has been releasing music for over 15 years, with her most acclaimed debut solo album ‘Hush The Mountain’ picking up a 4.5 Star review from Rolling Stone Magazine. Playing festivals both in the States and in Australia, Sabrina has shared bills with bands including The Black Angels, Strawberry Alarm Clock, Spencer P Jones, Troy Cassar-Daley, Nick Oliveri, Dead Meadow, Spindrift, Abbe May and many more.

SS.SEBASTIAN is the musical project of singer/sound-maker and multi-instrumentalist, Brett Harris. Equal parts indie and electro-folk, his compositions have been described as gritty, minimal and melancholic, echoing the likes of Elliott Smith, Sufjan Stevens and Jeff Mangum. Starting his career with Brisbane folk-rock septet ‘The Good Ship’ (2010-2016), he has since released a collection of singles, created music and soundtracks for the theatre and stage in both Melbourne and Brisbane. He has also performed at various festivals around Australia in several Electric Moon concert events including Transformer: The Album In Concert, Ziggy Stardust, In The Warm Room: The Music Of Kate Bush 1978-80, and Fire Walk With Us: The Music Of Twin Peaks (The Junk Bar 2017/18, Melbourne Cabaret Festival 2018 and Wonderland Festival 2019).